The Maine Red Claws are kicking off their tenth season since inception on Nov. 2 at home against the Westchester Knicks. The team was founded in 2009, after the NBA G-League awarded the city of Portland, Maine with an expansion franchise.

The Red Claws weren’t affiliated officially with a team until 2012 when they announced a hybrid affiliation with the Boston Celtics. Since then, a large number of Maine-based Celtics fans have attended Red Claws games.

The team has had five different head coaches in their ten seasons of existence. The first being Austin Ainge, son of former Celtics player and current Celtics General Manager/President of Basketball Operations, Danny Ainge. Ainge led the Red Claws to a fourth and fifth place finish in the Eastern Conference, and was then hired as the Director of Player Personnel for the Celtics.

Mike Taylor was the next Head Coach for the Red Claws, coaching the team from 2012 to 2014. Taylor brought success to the Claws, finishing third and fourth. Following that season, Taylor left to coach Poland’s national basketball team.

The Claws most successful spell was under Canadian Head Coach Scott Morrison, current Assistant Coach of the Boston Celtics. In his three seasons coaching the Maine team they won the Atlantic Division every season, finishing first each year. In his final season, Morrison was named NBA D-League (now G-League) Coach of the Year. Morrison was named as the Celtics Assistant Coach by current Celtics Head Coach Brad Stevens following his successful three seasons in Maine.

Current Head Coach Brandon Bailey is going into his second season in his role with the team, and with the team lead by PJ Dozier and Walt Lemon Jr., the Claws will be hoping to win their fourth Atlantic Division title in five seasons. In their 10 seasons, the Red Claws have never won a G-League Championship, and Bailey would be able to make a statement by doing just that.

The Red Claws play their home games at the Portland Expo. As they are affiliates of the Boston Celtics, fans get to see up-and-coming young Celtics players along with NBA G-League players looking to make a name for themselves to get a shot in the NBA.

During their tenth season, the Red Claws have promotions during home games throughout the year. Last season, the team hosted promotions like “Star Wars Night,” “Holiday Night,” and “Fan Appreciation Night,” as well as games sponsored by local companies in Portland like Hot 104.7, Portland Pie Company and more.

Though the current seasons promotional schedule is yet to be released, “Opening Night” will be on Nov. 2 during the Claws first game.

Red Claws fans can catch a game at the Portland Expo with ticket prices ranging from $8 to $32 per ticket. Fans can also stream games on Facebook Live, Twitch, NBA TV and ESPN U. Red Claws games are also occasionally aired on NBC Sports Boston. 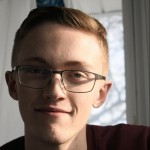