For fans of Sonic Youth, Lee Ranaldo’s ninth studio album Between the Times and the Tides will be very familiar territory. Don’t look here for an ultra-modern update of the hyper-loud and noise-ridden experimentation of the Daydream Nation days. Instead what you will find is Ranaldo wandering through his comfort zones with ten assemblages of hazy noise and sappy love-rock standards.

After the divorce of Sonic Youth star couple Thurston Moore and Kim Gordon, it’s strikingly evident that Ranaldo is at a crossroads in his long career with the uncertainty of the group’s future. Building from decades of experience making avant-garde, noisy-punk passed down from New York’s No Wave scene, Ranaldo attempts to break from the conventions and formats of his Sonic Youth days to find his own personal expression but inevitably fails to overcome his previous achievements.

“Xtina As I Knew Her” borrows that sly humor typical of Sonic Youth’s lyrics while low-pitched guitars unfurl like a bumpy yet visceral train ride nearing doom metal territory. Ranaldo parallels his change in direction with that of Christina Aguilera, who, after taking on the nickname “Xtina,” drastically changed her image from sweet innocence to that of a sexually-charged woman:  “She was just a lonely soldier/ Running with the times and the tides/ Maybe just a little older/ Quite a ways into the night.” Nels Cline, free-jazz nerd from the famous indie-rock outfit Wilco, offers up his winding and heavily effected guitar noodles over Ranaldo’s classic droning riffs undoubtedly rehashed from innumerable Sonic Youth songs.

Stumbling for an artistic voice of his own, “Stranded” shows Ranaldo pulling out a down-tuned acoustic guitar and penning a love song as sappy as chocolates and flowers on Valentine’s Day. He croons lyrics like the awkward teenager whose girlfriend has just dumped him for the star football player: “Tell me my love/ Tell me who it is you’re thinking of/ I’ve come here for your heart/ Tell me what’s a good place to start.” The high-pitched, delayed textures of slide guitar barely save the song from utter romantic disaster as Ranaldo reveals loneliness unfit for a very successful 56-year-old guitar star.

Ranaldo’s assemblages are half pastiches of “Free Bird”-meets-the Beatles rock-pop, like the minor tone of “Fire Island (Phases),” and half Television-inspired psychedelic trips that ape Tom Verlaine’s classic vibrato guitar hooks but fade like the daze of an acid experience. While there is much to be said for this solid, polished piece of noise-rock loneliness, Between the Times and the Tides will surely slip into those crevasses of dirt on the well-worn road of noise-punk and fade like the transience of Ranaldo’s famed guitar styling. 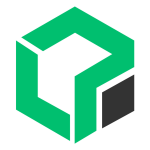